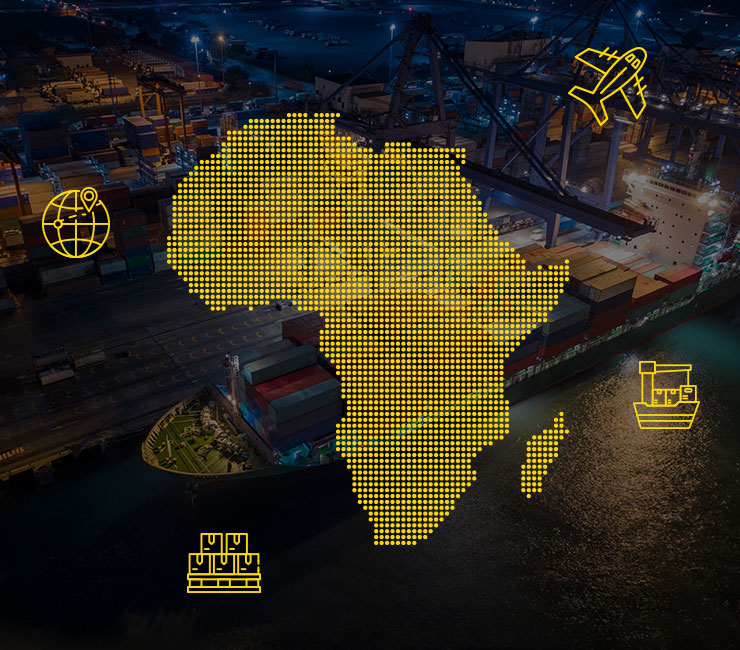 The Future of Trade Finance in Africa

Trade is one of the most important drivers of economic growth. However, Africa as a continent is still not entirely capturing trade’s growth-enhancing benefits. Although its population has more than tripled over the last five decades to account for around 17% of the world’s population, Africa’s share of global trade has decreased steadily over the same period, from 4.4% to 3%.

Trade Finance remains a popular activity among banks in Africa, but the participation rate continues to decrease falling by 16% to 71% in 2019, compared to 87% in 2018. Several factors may influence banks’ participation in trade finance transactions. At the country level access to foreign exchange, liquidity, competition, capital requirements & interest rates may impact a bank’s ability to participate in trade finance activities

Characterization of Trade Finance in Africa

All the letter of credits issued by African banks require confirmation of large global banks. As global banks pull out of markets that are too risky, they leave many African based banks at risk of not being able to conduct trade in foreign currency along with reduced confirmation lines on African Banks. Based on SWIFT data analysis, the number of correspondent banking relationships involving US Dollar transactions decreased by about 25% between 2011 & 2017.

To fill the gap of trade finance, especially confirmation requirement for the LCs issued by 400+ African Banks, many digital platforms are expected to originate. Recently, such an endeavor has been taken by a Singapore based Digital Trade Finance platform known as 360tf. 360tf enables trade finance by bringing the trade world closer, connecting importers and exporters with a global confirming bank to fulfil their LC confirmation & financing requirement. At 360tf, LCs are confirmed by large and reputed banks located in large financial centres which provide risk mitigation on part of importer and exporters. Click here to see what 360tf offers

Recently, ICC has launched ICC Trade Now, a suite of digital products and services to tackle the global trade finance gap in all its breadth and complexity.

ICC Trade Now will bring together and offer a portfolio of solutions that can address the various facets of the trade finance gap. SMEs will be able to select the solution provider that is most aligned with their needs while a wide array of financiers will be able to leverage ICC Trade Now solutions (providers to service SMEs profitably). Three digital solutions – ICCTRADECOMM, Trade Flow Capital and FQX – have already been announced under the ICC Trade Now campaign with more solutions expected to be added in 2021.

Africa trade is significantly underserved by banks. For the period 2011-19, banks intermediated about 40% of total African trade, compared to the global average of 80%. While 17% of total African trade is Intra-African, the share of trade finance dedicated to Intra- African trade is 18%.Henceforth, Intra-Africa trade receives its fair share of bank intermediated trade finance. The contribution of trade finance to bank earnings has decreased from 17% in 2011-12 to about 10% in 2018-19, due to higher processing fees, failing trade volume & additional KYC &AML requirements.

The trade finance transactions are generally assets backed, self-liquating & short term in nature. They remain relatively low risk activities. While average default rates on trade finance activities by African banks are lower than overall bank NPLS in Africa, they are far higher than the default rate on global trade finance activities. Although SME risk profile has improved, the SMEs Trade Finance application rejection rate has increased by 20% between 2013 & 2019. Addressing the key challenges for Trade Finance gap will require a concerted effort between various actors in the industry including (but not limited to) Trade fintechs, multilateral organizations, international & national regulators & commercial banks.

A good starting point is to raise awareness about the challenges new KYC/AML requirements have imposed on banks in the trade finance sector. As economies move to implement new Basel III regulations and stringent anti-money laundering measures, banks have to set aside more risk capital for foreign transactions, including for trade finance assets, as well as investing more in vetting new clients.

Multilateral development banks now play a more active role in the trade finance industry, but the research shows that support is skewed in favor of banks in West & Southern Africa because these regions have the highest gap & need the greatest. Therefore, it is immensely important to address these geographic disparities to boost trade and reduce sub-regional income disparities across the continent.

More should be done to increase support for local banks that participate in trade finance in Africa as well. In the coming years, Africa trade will experience new challenges and opportunities

The introduction of the new African Continental Free Trade Area (AFCFTA) is expected to eliminate significant barriers to intra-African trade & create a large market for firms across the region. At the same time, the ongoing global health crisis is impacting globally supply chains & the region trade with the rest of the world, while limiting the availability of dollar liquidity to support trade. Thus, once the crisis recedes, the need for financing to reenergize the region’s trade will be higher & more urgent. Concrete & urgent steps to reduce the trade finance gap in Africa & address the challenges faced by the industry will be equally important.

My special gratitude to African Development Bank, AfrEximBank and ICC. Their websites were very useful for the information in this article. The 360tf LinkedIn page also has lot of useful information related to trade finance. Do check it out!

Explore what the world is searching. Enter a search term or a topic.